We are so proud and honored to be hosting the American Mock World Health Organization International Conference for the second year in a row in Atlanta, Georgia! The 2017 Conference is looking to enhance the model-WHO experience for all delegates and attendees with professional networking events and renowned speakers. We have been with AMWHO since the chartering of the Emory Chapter in 2015, and have seen this organization grow and reach individuals from all over the world in their endeavors to become more well-rounded healthcare professionals - and future global health leaders. As the Executive Co-Directors of the 2017 International Conference, we aim to have our delegates leave the 2017 conference weekend with an unparalleled experience centered around world-renowned global health speakers, hands-on application of the Robert’s Rules of Order, and the exploration of pressing global health issues on a wide-reaching scale.

Atlanta is the heart of global health innovation and policy in the United States, home to the Center for Disease Control, the Carter Center, and the Task Force for Global Health. This year we plan to explore all this city has to offer to participants of the conference as well as increase cross-collaboration with our model-WHO counterparts from other countries, making it a more experiential, professional, and educational weekend.

Our goal in developing the 2017 AMWHO International Conference is for you to expand your knowledge of global health issues, think critically about the political, economic, and cultural barriers that challenge global health leaders, and to work together in drafting resolutions that will be sent to the World Health Organization in Geneva, Switzerland. We will provide you with the required materials, instructions, and mentorship to easily transition into your assigned position stance during the conference. We hope that you all take the skills that you will learn from this forum and apply them to better yourself as a future leader in global health policy to improve the lives of millions around the world.

We are incredibly excited to announce the theme for AMWHO 2017 - Climate Change. Starting off the year at the height of politics, not only is the science behind climate change evolving, but it has presented itself as a rapidly emerging and controversial topic within culture, health, and policy alike. With each country having a different starting point and stance, it is your chance to employ your creativity and cooperation in structuring a resolution that addresses this issue to enact broad-scale change. At the center of debate and discussion within the United Nations, WHO, and individual country governments, global leaders have recognized that the climate system is a shared resource whose stability stems from a common understanding of global (1) culture sensitivity, (2) ethical concerns, and (3) scientific implications.

To expand upon this theme, the conference focuses on several sub-themes explained in greater detail within the theme brief. As science and the political environment continue to change, we hope you perceive this conference as your opportunity to challenge and expand climate change conversation.

Dedicated and passionate participants and professionals, such as yourself, are the core of this International Conference’s ability to thrive and make an impact. By immersing yourself in AMWHO 2017, your progress, voice, and thoughtful opinions can reach the World Health Assembly through the resolutions created at the conference. In addition, our passionate secretariat, a team of bright minds from a diverse assortment of disciplines, is dedicated in reflecting its potentials upon your conference experience.

For questions, comments, or concerns, do not hesitate to contact us at codirectors@amwho.org. This is your opportunity to take advantage of a simulated WHO environment to develop yourself professionally while enjoying the beautiful capital of Georgia.

We are excited to welcome you to our city and campus in a matter of months! 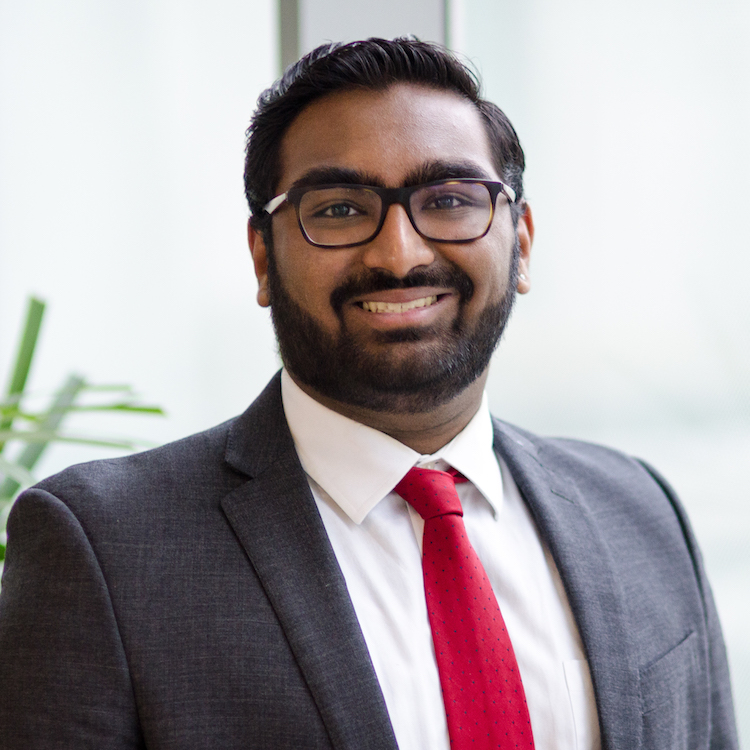 Born and raised in New York City, Sandeep has always been surrounded by vast diversity. This upbringing has primed him to always view problems on a global level, and to think of how widespread issues can be. He plans on pursuing an M.D./M.B.A dual degree and eventually going into medical administration and global health. His immense interest in the life sciences, economics, and global health sparked his interest to join AMWHO, and he hopes to learn just as much from AMWHO events as delegates do. Sandeep served as the Co-Director of External Logistics for the 2016 National Conference, and is even more excited for the 2017 International Conference! 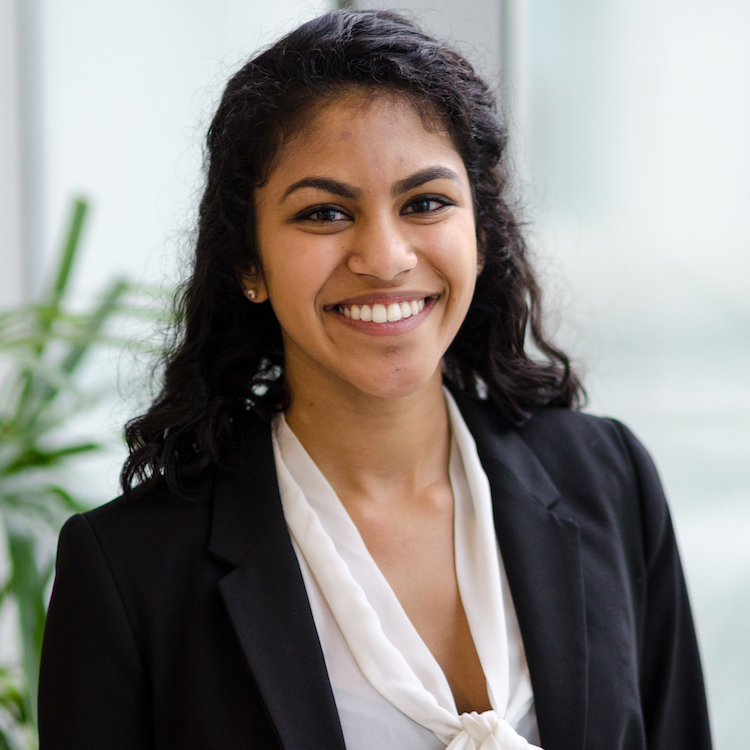 Ashwini is a second year student at Emory Goizueta Business School born and raised in Rolla, Missouri. With double major in Finance and Human Health, Ashwini's diverse set of interests stem from an understanding that global awareness, innovation, and cross-collaboration between business and science are critical towards economic and social improvement. She is enthusiastic about serving as Co-Director, as it is an opportunity to create an enjoyable and immersive conference to help future healthcare professionals become more fluent in health policy and the interworking of the World Health Organization. 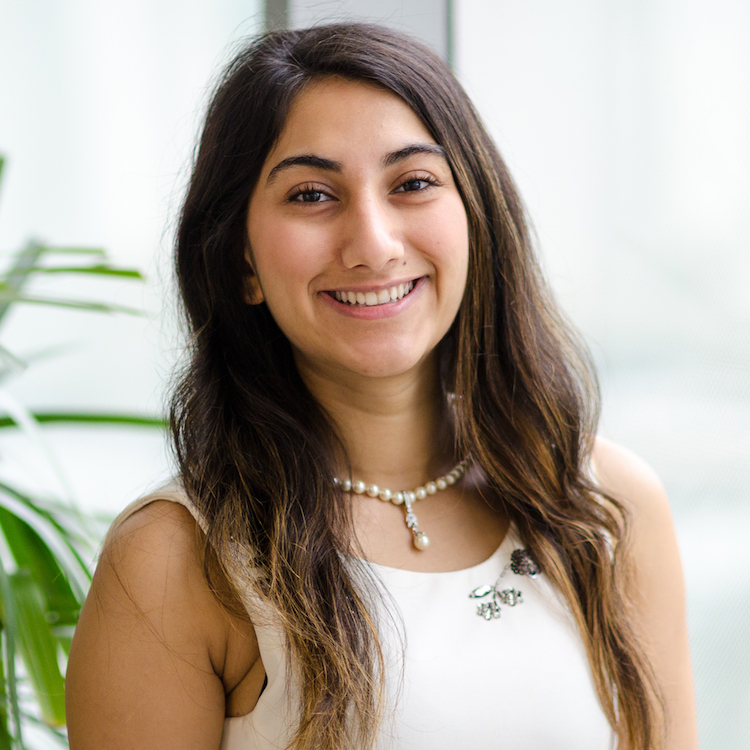 Mansi Maini is a Senior at Emory University majoring in Neuroscience and Sociology. Mansi is the Founder of the AMWHO Emory Chapter and the current co-director of External Logistics. Growing up in New York City, Mansi has been surrounded by people of various cultures, values, and socioeconomic backgrounds, which have fostered her interest towards pursuing careers in Medicine and Health Policy after her undergraduate education. Her interest in studying and ensuring effective policies are implemented across the globe to bring healthcare towards populations in need sparks her dedication towards AMWHO. 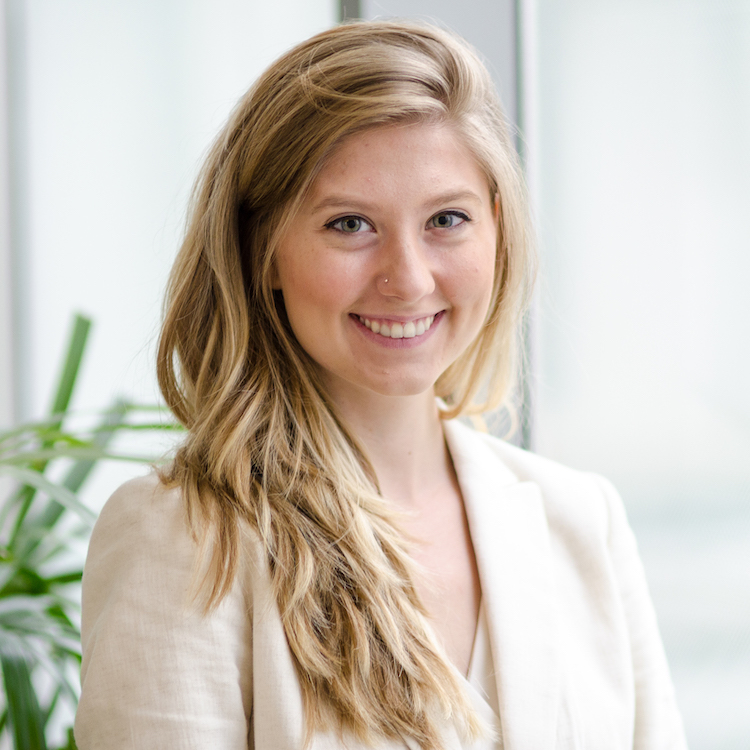 Katya Bobrek is the Co-Director for External Logistics, and a junior in the Emory College of Arts and Sciences. She is majoring in Anthropology and Human Biology and hopes to minor in Computer Science. She is incredibly excited about AMWHO because she loves creating a platform for undergraduate and graduate students, as well as professionals in the field, to debate current global health issues. In the future, she will pursue graduate study that combines her interests of anthropology, biology, and computer informatics, with the eventual goal of applying these subjects to a career in global health. 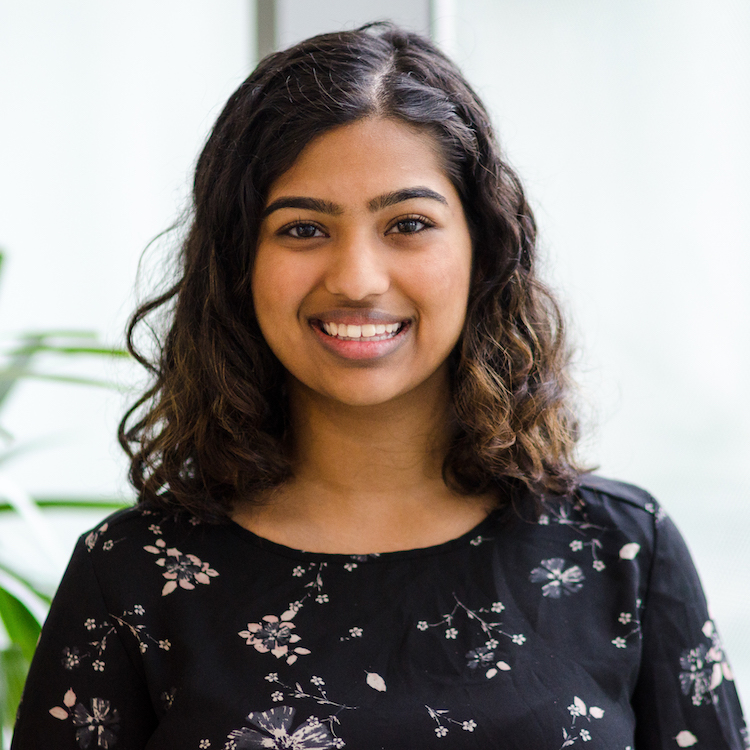 Nivedita is currently a second year student at Emory University, pursuing a double major in economics and human health. She is extremely passionate about community service and global health issues, and hopes to pursue an MD/MPH degree after completing her undergraduate career. Nivedita is very excited to share her interest in approaching health care accessibility and improving community health outcomes from an international perspective through AMWHO. 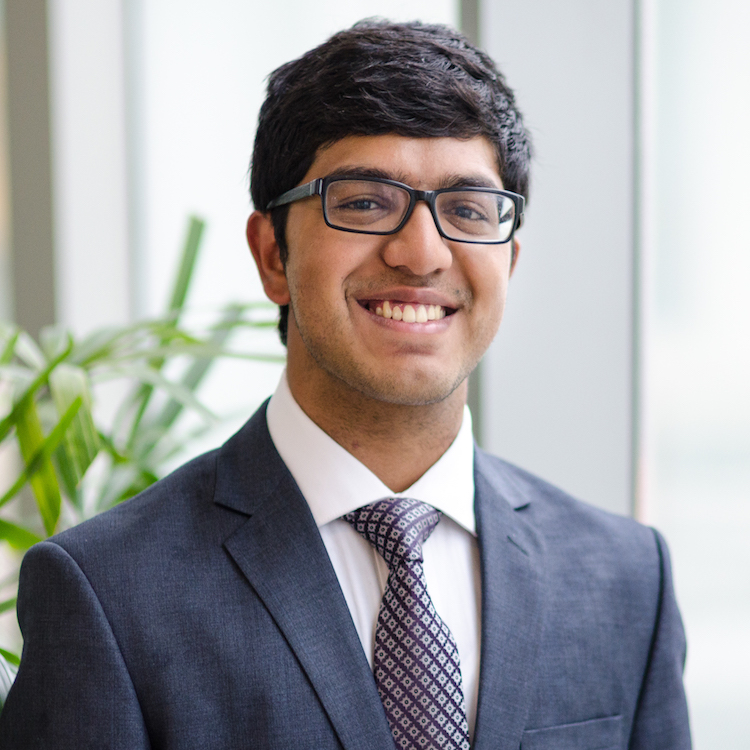 Rohan Yarlagadda is a sophomore at Emory University. Originally from New Jersey, he has also lived in Hyderabad, India for the past 6 years, which has given him an international background. He served as the Co-Director of Internal Logistics for the first AMWHO regional conference and will be returning to this position for the AMWHO 2016 National Conference! Working with AMWHO provided him the perfect opportunity to combine two of his passions – debate and medicine. Healthcare is very important to him, and his ultimate goal is to become a doctor. To see it being discussed with such enthusiasm and genuine care brings him great joy and he loves being involved in an organization that actively seeks to discuss pressing global health issues and current medical dilemmas. Apart from medicine and debate, he is also an avid reader (LOTR, anybody?) and writer – he has also been published in a book! he sings and plays the guitar; he absolutely loves music! He looks forward to getting to know you all and working to bring you an incredible AMWHO conference, where you can learn, debate, discuss and inspire! 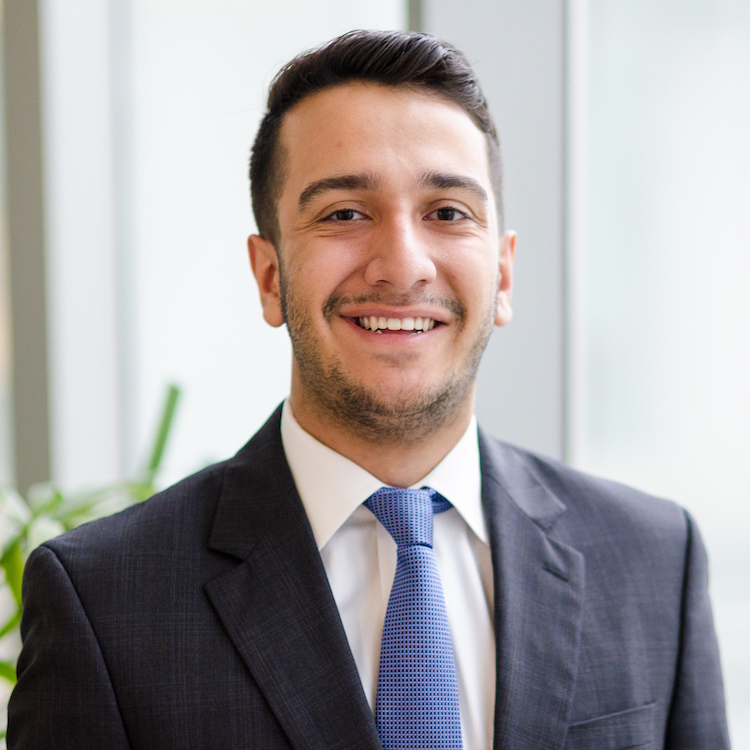 Mustafa Hassoun is a sophomore studying Political Science with a concentration in International Politics. He grew up in a family filled with doctors so health care has always been a huge part of his life. AMWHO is a great combination of his interests in politics and his past experiences. He first got involved in AMWHO as delegate at UNC and served as a chair when the conference moved to Emory. Going forward he plans on studying law, and he is excited to welcome you all to Emory in the fall. 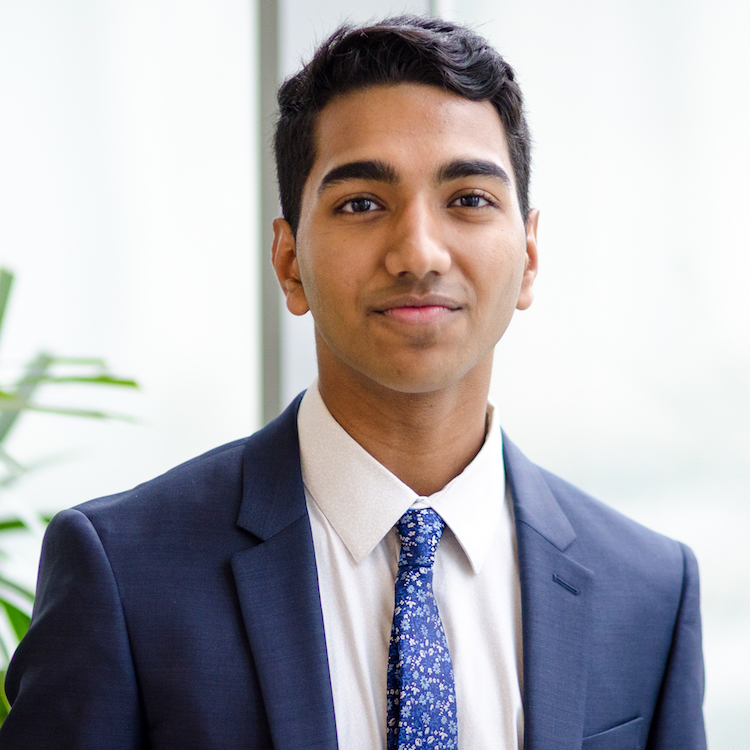 Sai Ganagoni is originally from Edison, New Jersey. He is a freshman at Emory studying economics with a minor in global health. Besides AMWHO, you can him on campus singing with No Strings Attached or working with the Universities Allied for Essential Medicine on global health related events.His passion for global health policy has driven him to join AMWHO and participate in organizing this year’s International Conference! 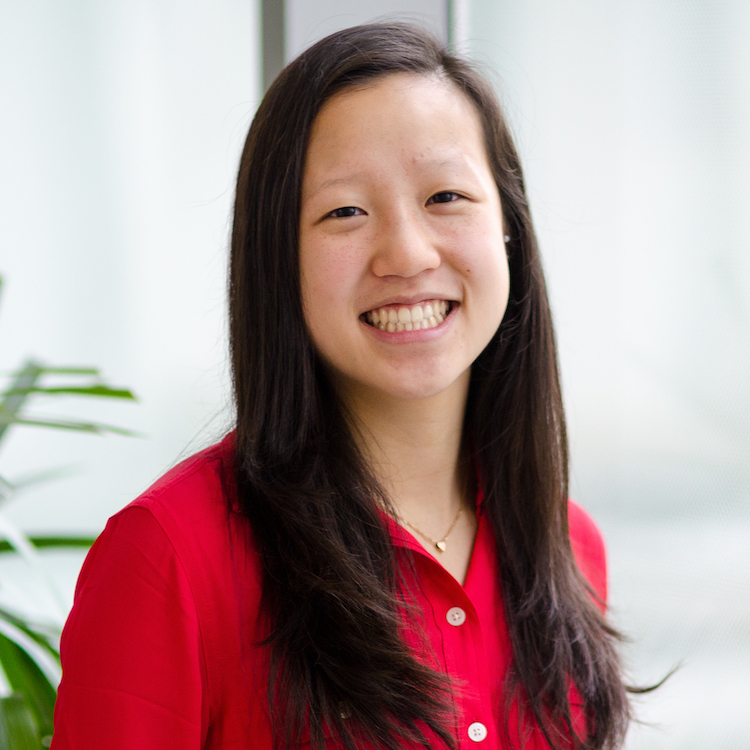 Kristi is a sophomore studying Biology and Global Health and she is the Co-Director of Scholarship. She is interested in a potential career in public health and will be assisting in raising money for scholarships to be awarded to delegates. As a returning member, she is so excited to be a part of AMWHO 2017. 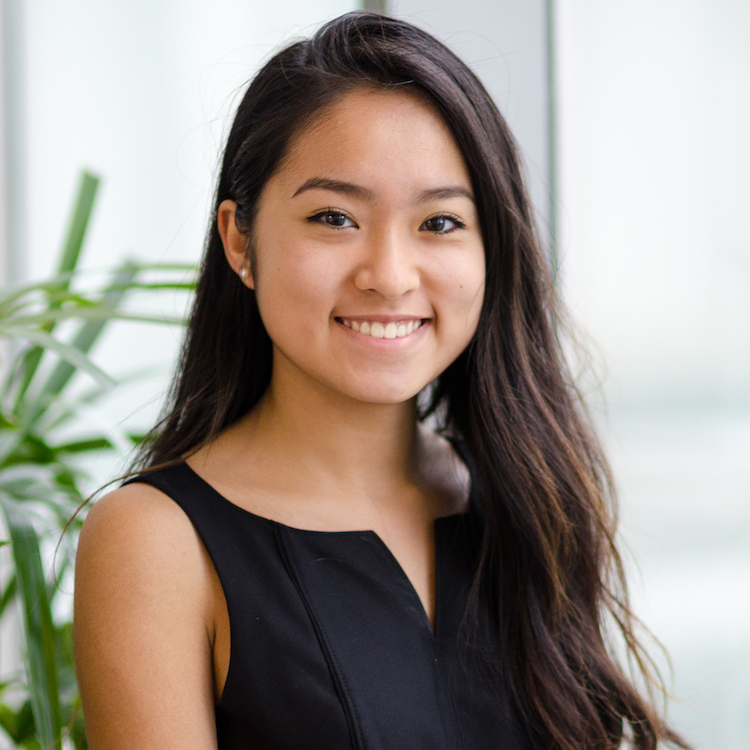 Kelley Lou is a sophomore at Emory University from Rockville, Maryland pursuing a major in Anthropology and Human Biology and a minor in Predictive Health. She is serving as the Director of Sponsorship for AMWHO’s 2017 conference. Exposure to contemporary health issues has cultivated her interest with the practice and accessibility of health across global populations. Kelley plans to apply these interests to a future career in either medicine or public health, focusing on developing adequate and sustainable healthcare options. She is excited to integrate and challenge her own beliefs through AMWHO to create a greater understanding of these contemporary health issues. 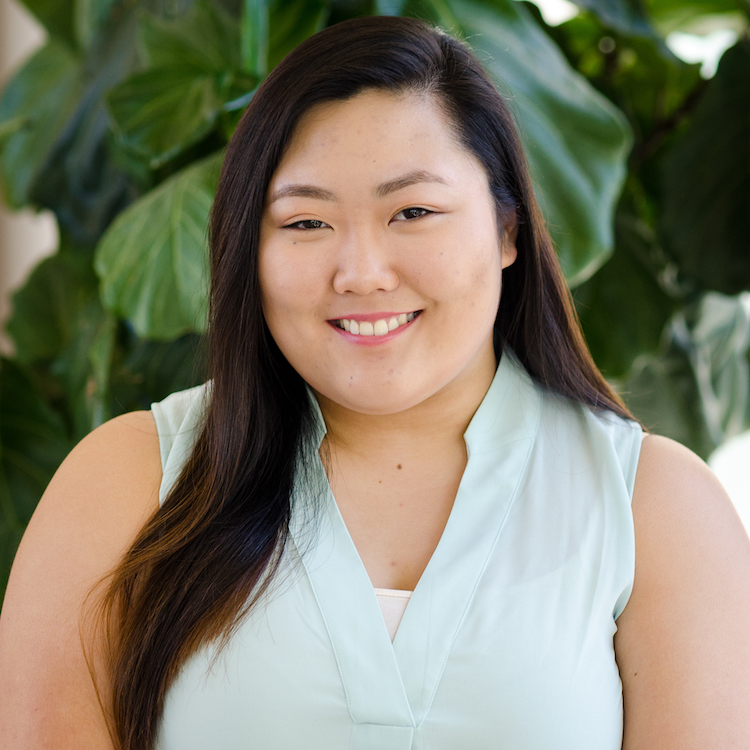 Eunice Lee is a sophomore majoring in biology and chemistry. She will be serving as the Director of Media for the upcoming AMWHO conference. From a young age, Eunice went on both local and international mission trips where she developed a passion for public health and increasing the quality and accessibility of healthcare. Eunice plans on pursuing an M.D. and practicing medicine in underserved communities. 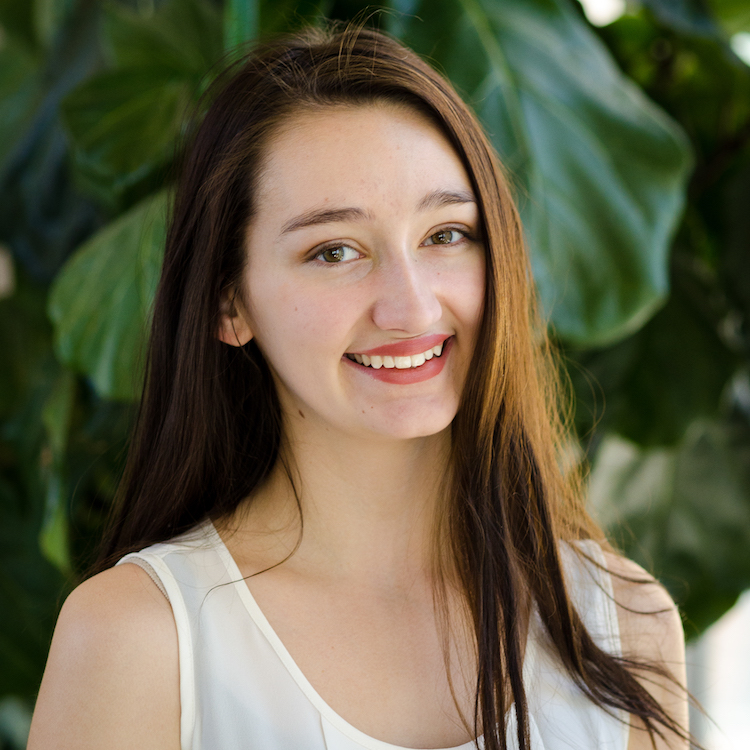 Claire Barnes is a sophomore at Emory University, pursuing a joint major in Religion and Philosophy, as well as a minor in Sustainability. Claire is passionate about food justice and environmental policy, and would like to apply these interests to a career in law. She currently serves as the Co-Direction of Media on the Executive Board for AMWHO Emory. Having previously studied the environmental effects of climate change on soil, air, and water quality, Claire is extremely excited to learn about the impacts of changing environmental factors on health and public policy through AMWHO Emory. As Co-Director of Media, Claire hopes to visually represent AMWHO Emory’s mission for our 2017 International Conference in a dynamic format which explores the intersectional and large scale impacts of climate change on human health. 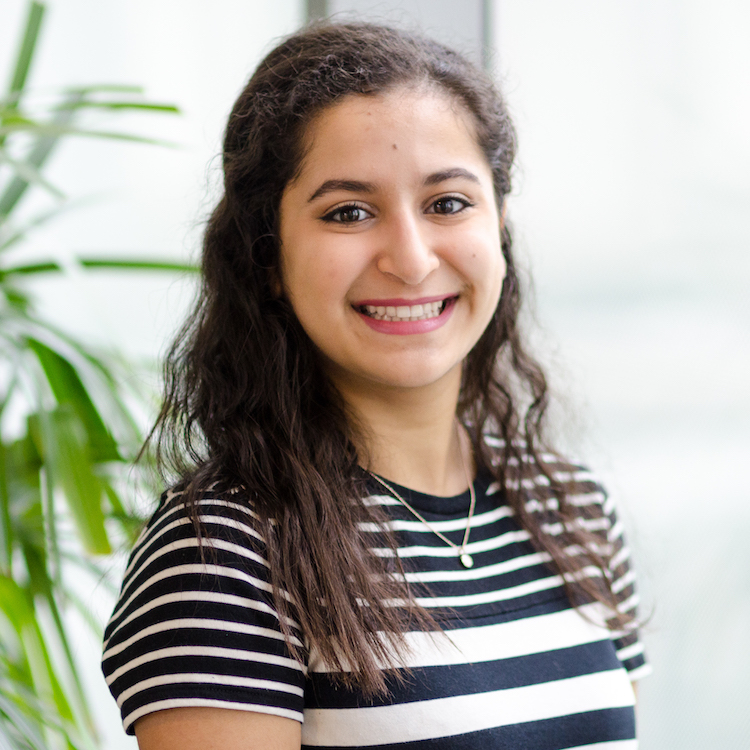 Sarah is an anthropology and arabic studies major who hopes to also minor in development studies. She joined AMWHO because of her passion for NGO work as well as public and global health. She is excited to be a part of an organization that combines her passion for diplomacy and global health and to work as PR co-director to help in the success of the national conference. 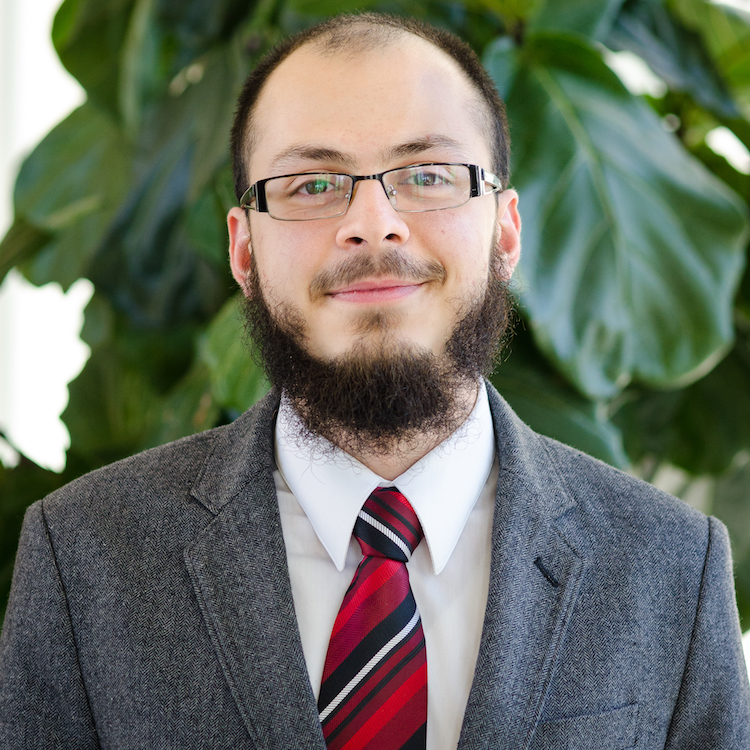 Akram is a pharmacology PhD student at Emory University tackling the global problem of antibiotic resistance. He conducts research in the laboratory of renowned ethnobotanist Dr. Cassandra Quave, developing medicinal natural product extracts into potent inhibitors of bacterial quorum sensing and virulence. Akram has a passion for languages and cultures. Having lived five years in Lebanon before college, he traveled to France, Costa Rica, Ecuador, and Russia after studying their languages. Perhaps all this explains his enthusiasm for global health and why he is so passionate about AMWHO!

Thank you for your interest in the American Mock World Health Organization, Inc. For any questions, comments, or concerns regarding this chapter, please fill out the form below.