Thank you for your interest in the American Mock World Health Organization, Inc. I am deeply humbled by the response of students worldwide to the country’s first and only WHO simulation-based nonprofit organization, founded at the University of North Carolina at Chapel Hill in 2014.
After my discovery of the Ontario Model World Health Organization (OMWHO) in Toronto, Canada, I attended its conference as the WHO Ambassador for the Republic of Korea. The experience expanded my understanding of global health affairs, diplomatic relations, and the World Health Assembly (WHA), and I understood just how necessary such knowledge was for a future career in global health policy. The United States at that time had no such platform for learning these critical skills, inspiring me to take on the challenge of spreading global health learning opportunities for students across the country.
Our organization envisions a generation of global health students equipped with the tools and experiences to achieve health for all. To see this vision to fruition, we aim to create simulations that advance the understanding of the WHA. By forming university chapters that conduct model-WHO based activities and conferences, as well as an annual international conference inviting students from all academic fields, AMWHO, Inc. nurtures an interest in global health policy often neglected in a standard health education curriculum.
The toolbox of leadership, public speaking, and diplomatic skills are becoming essential for a future global health career, positioning AMWHO as a groundbreaking organization that offers such knowledge not gleaned from traditional classroom teachings. The nonprofit's Board of Directors, Advisory Board, Secretariat, and I are grateful for your interest in our ever-expanding organization, and look forward to having you as a delegate, or working with you to establish a chapter at your own university. 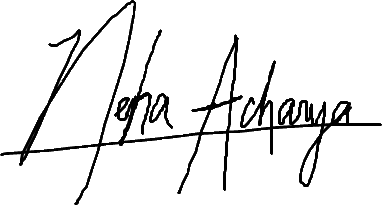 The American Mock World Health Organization, Inc. (AMWHO) was created on January 10th, 2014 on a plane ride home from the Ontario Model World Health Organization Simulation (OMWHO) in Toronto, Canada. Neha Acharya attended the conference and was inspired to introduce model-WHO conferences within the United States. With the help of UNC Chapel Hill, the first international simulation of the World Health Assembly occurred in October 2014. Since then, the organization has formed international, regional, and local conferences, all to further promote global health policy education for students around the country.
AMWHO, Inc. is a registered 501(c)(3) nonprofit with a Board of Directors and Advisory Board committed to create annual international conferences, expand the chapter network, and empower future leaders in global health policy. By becoming an AMWHO delegate, member, or sponsor, you are contributing to the larger organizational vision of equipping global health students with skills necessary to achieve health for all.

Model-WHO is a conference simulation of the World Health Assembly (WHA), the annual global health policy making forum of the World Health Organization (WHO). Students who register for AMWHO conferences are assigned either a WHO Ambassador, NGO Representative, Pharmaceutical Company, or Media Correspondent position, and must represent their role accurately throughout the course of the three-day conference weekend.

A WHO Ambassador is an individual representing a diplomat to one of the 193 Member States to the World Health Organization. Ambassadors have full voting rights within the conference, with a sole goal to pursue their nation’s health interests in the Assembly. These delegates are expected to conduct detailed, in-depth research prior to the conference on their nation’s position with respect to the conference theme, their allies and enemies, and how their nation would react to different proposals. Their main objective is to use the skills of negotiation and diplomacy to create sound, realistic, and effective resolutions with fellow delegates, who very well may hold differing opinions.

Delegates representing an NGO must embody the ideals, motives, and objectives of their organization. As an NGO Representative, they will receive a personalized schedule during the conference that allows them to rotate among all regional rooms, and debate with any WHO Ambassador. They must understand all resolutions being formed, with a primary focus in ensuring that each policy holds the ideals of their organization. Ultimately, these delegates provide seals of approval, or written acceptances of a resolution, before all resolutions head to the final plenary. They do not have voting rights, but are able to formally debate.

Media Correspondents are non-voting delegates that hold a unique role in the AMWHO International Conference. They perform research prior to the conference on their company views and biases around the conference theme, but their primary objective is to capture the news and highlights of the conference through video and blog form. They aim to provide news in the same journalistic manner of the company that they represent. Thus, these delegates must be well-versed in how to provide the news in respectful, but accurate way. Media Correspondents will receive assistance in capturing stories, conducting interviews with the voting and non-voting delegates, and presenting the exciting and often controversial happenings in other regional blocks.

Pharmaceutical Representatives, also non-voting delegates, are the essential industrial players in global healthcare, as they manage, research, and develop life-saving medications. Pharma will become proficient in the art of business diplomacy with the major objective of advancing their companies’ interests while maintaining a positive public image. Representatives come to better understand the challenges of multi-million-dollar drug development, as well as the benefits of successfully marketed medications and having production lines ready to meet the needs of the global community.

Tech Representatives, also non-voting delegates, represent their technology industries in varied ways as it relates to the conference theme. Still, these players are critical to achieving partnerships with WHO Ambassadors, NGO Representatives, and Pharmaceutical Companies, and thus delegates must be well-researched on their company and its core values as it relates to the theme.

UN Agency delegates consist of specialized agencies (such as the World Bank) and Funds and Programmes (such as UNFPA). Specialized agencies are independent national organizations brought into relationship with the UN through negotiated agreements. The Funds and Programmes work below the banner of the UN, but are controlled by distinct intergovernmental bodies and have mostly separate finances. UN Agencies are non-voting delegates, meaning that they cannot vote on procedural or substantive matters.

The role of UN Agencies is to be experts in their particular programmes and to showcase the work that they are doing (ensuring ongoing funding from Member States). Agency representatives can achieve this through interventions using appropriate parliamentary procedures (UN Agencies are usually given final word, following Member States and NGOs) and through technical briefings. As the agencies are bound to the UN, they are somewhat restricted in what they can say, and cannot be seen lobbying Member States; however, Agency representatives could see through their objectives via less direct routes.